For Josh Gold, seeing Novi AMS for the first time was like being hit by a tidal wave. Josh, the Florida Apartment Association's Executive VP, was suddenly faced with problems he hadn't even realized he had. His association's current software was outdated and far too robust for their needs, with complicated features and minimal automation.

Like any other team, FAA's staff had varied levels of technological comfort. They needed an AMS that was easy to use and free from workarounds. 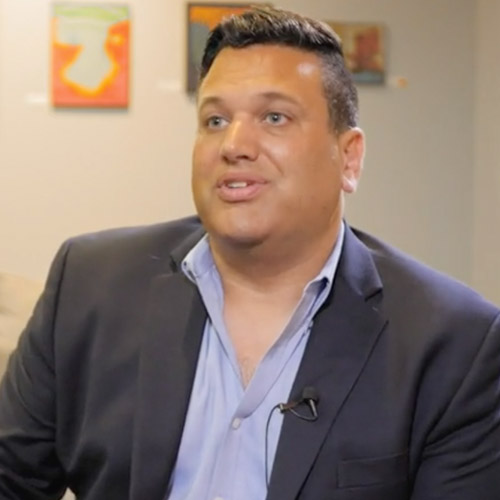 Ultimately, we were struggling to stay engaged with members the way we should because our AMS was not functioning properly from poor data and reporting. If it was functioning, we never knew how to use it properly because it was complicated.

The bad news – FAA was stuck in an expensive multi-year deal with their current AMS. Not wanting to overextend their budget by paying for two systems, FAA knew that they wanted to make a move, but they didn't quite know how.

That's where Novi came in.

Four years ago, Josh had the opportunity to chat with Pete Zimek at a meeting for the American Society of Association Executives. Pete, an FAA member and founder/CEO of Florida-based iLS network, was in the beginning stages of launching his own AMS – Novi.

At the event, Pete and Josh discussed the overall concept and philosophy of Novi, including its unique two-way sync with QuickBooks Online. Ease of use was a top priority to Pete, and Josh knew that if Pete could pull off creating the right system the right way then there would be no need for "workarounds" – a forbidden word in the Novi world.

Fast forward two years, Novi AMS was now a reality. A still keenly interested Josh received a Novi demo from a fellow account executive. He was so impressed that he immediately called his staff in to take a look.

"The Novi platform is a clean, simple solution that gets the job done. It's not complicated with a bunch of features I don't need or (bogged down) with workarounds for processes that don't work." – Josh Gold

An Opportunity for Change

Knowing that there was opportunity for change, FAA and Novi worked together to come up with solutions that would monetize their website, including a supplier directory with enhanced listings, website ads and sponsorships.

FAA's new Novi site came equipped with a supplier directory, which members could pay to be featured in with an enhanced listing. An overwhelming number of suppliers took advantage of this opportunity, which was a huge change for FAA – one that ultimately paid for the Association's Novi subscription.

"We sold 80 featured member directory listings at $250 each. Within three months we had a revenue line of $20,000 that we didn't even budget for from a supplier directory that organically promotes itself."

In year two, FAA no longer felt the need to promote the enhanced listing option. Members were happy to pay for it because of the value it provided.

"I tell people our Novi system is free. We don't pay for Novi, it pays us!" – Josh Gold

An umbrella organization with 10 affiliate, local associations in the multifamily housing space, the Florida Apartment Association (FAA) is not your typical trade association. With more than 600,000 units, FAA represents the majority of apartment homes in Florida. FAA advocates on behalf of its members, giving a voice to the industry and those who serve it.